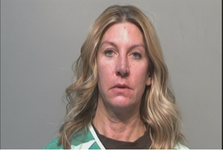 The charges are the result of an investigation by the Iowa Insurance Division’s Fraud Bureau which began in August of 2020.  In a criminal complaint filed by the Iowa Insurance Division’s Fraud Bureau, it is alleged Schettler provided false information to an insurer related to the date of loss to a commercial property resulting from a fire, knowing the loss had occurred during a period when no insurance coverage was in effect.

On November 24, 2021, Schettler was arrested and booked into the Polk County Jail.  Schettler was later released after posting a $5,000 bond.  Trial will be set for a future date.  No additional details will be provided at this time.